Stop negative vibes from neighbours is my guide to three things you can do to protect yourself from bad energy.

It includes three practical + metaphysical steps to stop bad neighbour vibes, as well as some self reflection questions to stop future recurrences.

Always use common sense and discretion when dealing with neighbour issues.

Being a highly sensitive empath, I’ve always been keenly aware of noise, atmospheres and other people’s mental states. At the same time, due to a somewhat chaotic childhood, living in chaotic environments has felt normal.

That may be one reason I lived in a succession of places with negative neighbours, bad vibes and neighbours with a range of mental health issues. Usually, I could take all the surrounding ‘bad energy’ in my stride until negative vibes from neighbours impacted me directly.

Finally, in my late 40s, I decided that – at my age – I should be free of such negative vibes from neighbours. The realisation that there was a pattern forced me to look deep inside:

• What was it about me that attracted negative vibes from neighbours?

• And what was it about negative places that attracted me?

I’ll talk about self-enquiry questions to stop negative vibes from neighbours at the end of this article.

I lived in a mid-war housing block in London for many years. After a bit of digging, I discovered the building’s history: it had been built for police family accommodation in the 1920s.

Sadly, there had been a catalogue of domestic abuse before it’s change of use in the 1950s.

The building had fallen into disrepair and became a magnet for drug dealers and addicts.

In the 1990s, it was taken on by the local council and, by the time I lived there, it housed long-term tenants, home owners from all walks of life, as well as transient tenants of buy-to-let landlords and vulnerable people in social housing.

The negative vibes from neighbours included politics, anti-social behaviour such as noise, and one particularly bad mental health case where an aggressive neighbour smashed windows and dropped an axe from the 6th floor.

I became stressed, anxious and paranoid. These negative vibes from neighbours took me back to a childhood dealing with other people’s mental health issues. All my inner child stuff came up!

How could I stop negative vibes from neighbours?

I tried a method I had used with clients: sending white light from creator to wash away negativity.

I set the intention, by going up to Creator, to cleanse all negativity from the building and replace the negative vibes from neighbours with love, light healing and protection.

This is a powerful visualisation where you take your awareness up to Source energy (Creator). You set the intention to clear the energy of your building and stop negative vibes from neighbours. Then you witness, in your mind’s eye, the white light washing away all the negative energy and replacing the bad vibes with positive energy.

You might get a pile of negative vibes left over, like waste water. Simply take this back up to Source energy (Creator) and witness it being dissolved and replaced with love, light healing and protection.

If your building has a history of bad energy or bad vibes like mine, you might need to do this many times.

To finish, I created a grid formation under the building – in my mind’s eye – from clear quartz to anchor the new energy.

Did I manage to stop negative vibes from neighbours?

The mental health problem settled down and they got the help they needed. The building returned to relative peace for the remainder of the time I lived there.

A side effect was that another anti-social neighbour, who had done things like hammering in a new wooden floor on Christmas day morning, suddenly shifted their attitude and became more amenable.

Effort rating: 7 due to the multiple times I had to do it
Effectiveness rating: 8 – it seemed to help
Final outcome: 9 – life returned to relative peace, though other factors may have been involved

Fast forward to me living in another community building; this time rural and mainly full of pensioners.

A couple of years in, I became aware of ‘neighbour wars’, i.e. factions between neighbours of two buildings.

Over 40 years since the building was built, huge resentments had built up between neighbours who disliked each other. Strange behaviour and illogical ‘rules’ were enforced by neighbours who appeared to have mental health issues and too much time on their hands.

One example was when we parked our bikes outside on newly installed bike racks. An explosive neighbour told me that was forbidden!

Another example was when phone company installers were forbidden to enter our building. One neighbour would not give the installers permission to enter and called the police, leading to a 2 year fight to have fibre optics installed.

Cutting a long story short, my peace was being eroded by a stream of irrational demands. I wanted to stop negative vibes from neighbours, so I followed a suggestion by this YouTube witch.

I wrote each problem neighbour’s name on a peace of paper, along with everything they were doing that was making my life difficult (shouting, blocking essential services, creating odd rules, knocking on my door, not listening, etc). I put the papers each in a jam jar, filled with water and froze them in the freezer.

Did I manage to stop negative vibes from neighbours?

The neighbour who had blocked fibre optics installation, I never heard from again. Fibre optics was installed. Unfortunately, the second neighbour who shouted and was demanding, was more hard to shift.

Effort rating: 4 – you just need a pen, paper, jam jar + freezer!
Effectiveness rating: 5 – it seemed to stop negative vibes from one neighbour, but not the other
Final outcome: 6 – one big problem solved, but the other persisted

The third technique I tried was sending good thoughts to stop negative vibes from neighbours.

This approach is more like a prayer. Instead of feeling frustrated, you have to try to see the neighbour as being unhappy and have empathy for them.

You send the intention that whatever is not going well in that person’s life is resolved, so that they will leave you alone. You can send these positive wishes for them while asking them to stop bothering you.

You send love and compassion. You detach from the negative vibes of the neighbour.

This understanding of them is a different way to take control of the situation.

You may find your anger towards them softens. Or you see them as less powerful over you.

You may feel a change in your dynamic next time you meet. You may have to try this several times!

I tried this with the explosive, demanding neighbour. The following week things changed.

He had a ‘man to man’ chat with my partner and explained his behaviour – almost an apology!

The next time he came knocking on our door, it was to bring a bottle of wine!!!

Everything has now been resolved and we have peace again.

Effort rating: 7 due to the will power needed to muster empathy!
Effectiveness rating: 8 – it seemed to stop negative vibes from neighbours
Final outcome: 9 – life returned to peace, the energy stopped being negative

If problem neighbours and bad vibes persist over many years, you may not want to fight (complain) or flight (move out) again and again.

Instead, you may be able to shift your feelings about problem neighbours, with some introspection.

If you answer yes to any of these questions, you may need to do some reflection.

What beliefs are leading you to feel that bad neighbours, atmospheres or environments are all that you deserve? 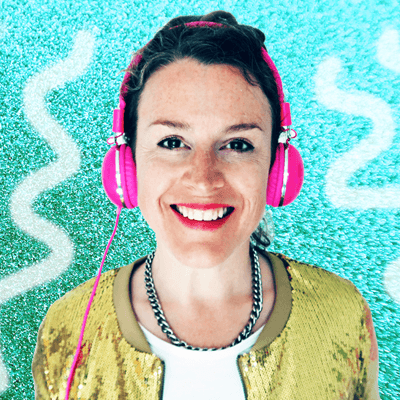 Get My Good Vibes!