Wondering what you can do about the destruction of the environment, like what’s happening in the Amazon?

A few tips from Gabriela Lerner:

🌻 Go vegan. Eating a plant based diet is the easiest and profoundest way to start your personal activism on behalf of the planet. Here’s my comprehensive guide for beginners.

👍 Support organisations that have made it their purpose to protect + act on behalf of nature:

See my post 5 Kick-Ass Change-Making Charities below for more!

5 charities that are changing the world! These organisations below will move, inspire + motivate you!

All are helping the planet’s voiceless: marginalised people, the environment and animals.

Despite raising money for rainforests and joining the World Wildlife Fund as a teenager, as a mid-40s adult my daily actions were out of alignment with my cherished values.

Under the shadow of the US presidential election results in 2016, I felt upset, depressed and powerless about issues like climate change, deforestation and environmental destruction.

I was an angry and disillusioned keyboard warrior.

Aside that, I was continuing to work on my conflicted feelings about making more money. I’d started in 2014 and had already spent a lot of time – and energy – chipping away at my money blocks and sorting out my finances.

I learnt a lot, including that one of my beliefs was ‘The rich are exploiting the planet.’

Hardly surprising that view was in there.

I’d been thinking about the end of the world since I was 13, but what the heck had the 1% been doing all that time?

I resented the super-rich as I felt they had the power and influence to do more. Unfortunately, this view was getting in the way of me making a good living + therefore only harming myself!

I chipped away at this pernicious belief and found others lurking below. For example: “If I have more, others will have to have less.”

NB. – This is a common subconscious belief amongst empaths and other natural born healers. They feel that if they look after themselves, someone else will be deprived. Read more about that in my Attract More Money course for highly sensitive people.

My circumstances changed considerably as I educated myself.

So much so that, by 2015, I found a novel way to tie-in my increased earning potential with my concern for the planet.

I put my money where my mouth and began to donate to charities I cared about.

Finally, I was by doing something fiscal to support the causes I believed in.

The more money I made, the more I could donate. 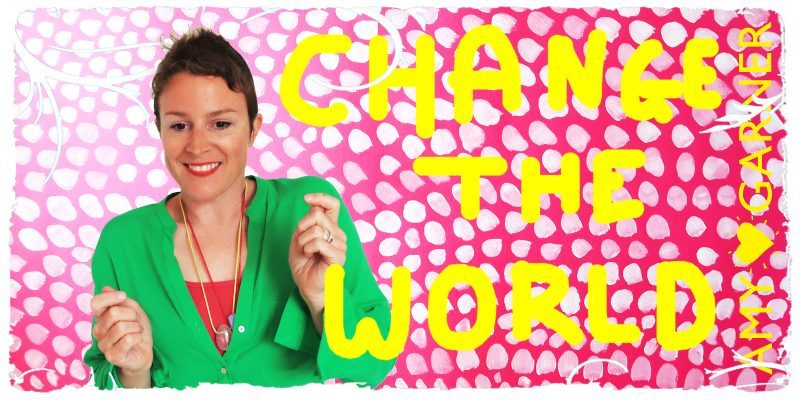 I couldn’t go to the rainforest or the seas to help protect them, so I found people could – and did!

These 5 kick-ass charities are daring and committed groups who stand up for animals, the environment and indigenous people across the world.

These were all really lean organisations and this made me feel comfortable my money would be used carefully.

Then I tied in my earnings with donating monthly. This action made it easier for me to increase my income without the attendant empath guilt.

Though I was very far from the frontline, I could put my skills to good use and contribute to the greater good with the cash earned.

If you’ve struggled with similar issues, I’d urge you to find causes you believe in and tie in donations to your earnings.

Especially if you are doing spiritual work or healing, you may feel comfortable with the idea of tithing. This is giving away 10% of your income to good causes.

Mine are set up as monthly direct debits that leave via PayPal.

If you’ve been thinking about giving and you want your money to go to lean organisations (i.e. not huge, bloated charities where most of their income goes on admin),  then you might like my 5 favourite kick-ass charities that are changing the world!

5 charities that are changing the world 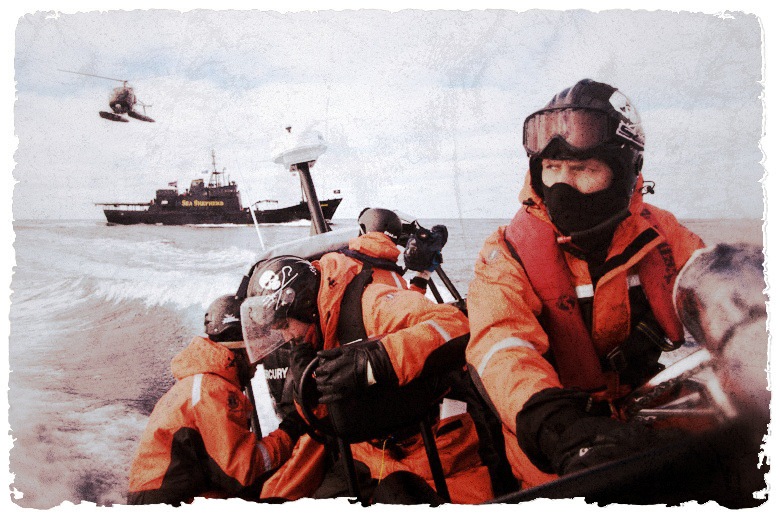 Called “eco-terrorists” by the Japanese government and currently banned by US courts from approaching Japanese whaling ships, Sea Shepherd is the world’s leading direct-action ocean conservation organisation. Sea Shepherd was founded to protect marine life in 1977 by Paul Watson, a former member of Greenpeace, after a dispute with that organisation over what Watson saw as its lack of more aggressive intervention.

Sea Shepherd operations have included scuttling and disabling whaling vessels at harbour, intervening in Canadian and Namibian seal hunts, shining laser light into the eyes of whalers, throwing bottles of foul-smelling butyric acid onto vessels at sea, boarding of whaling vessels while at sea, and seizure and destruction of drift nets at sea.

Sea Shepherd claims that their aggressive actions are necessary as the international community has shown itself unwilling or unable to stop species-endangering and cruel whaling and fishing practices. 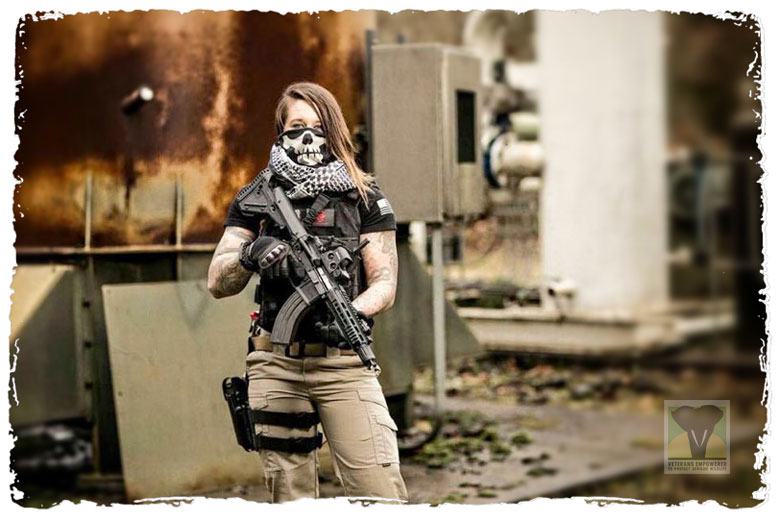 Ten years ago founder and US army veteran Ryan Tate was exposed to the atrocities of elephant and rhino poaching, and the devastation it had on east African communities. He vowed to do something about it.

Iconic and irreplaceable wildlife is still on the brink of extinction due to illegal poaching. The crisis is already having far-reaching and catastrophic consequences. VETPAW collaborates closely with rangers, national parks, and government agencies in Africa.

Many army veterans are un- or underemployed. They face difficult futures once service has ended. Veterans benefit profoundly from the opportunity to serve and saves lives. VETPAW facilitates career development and personal growth too. 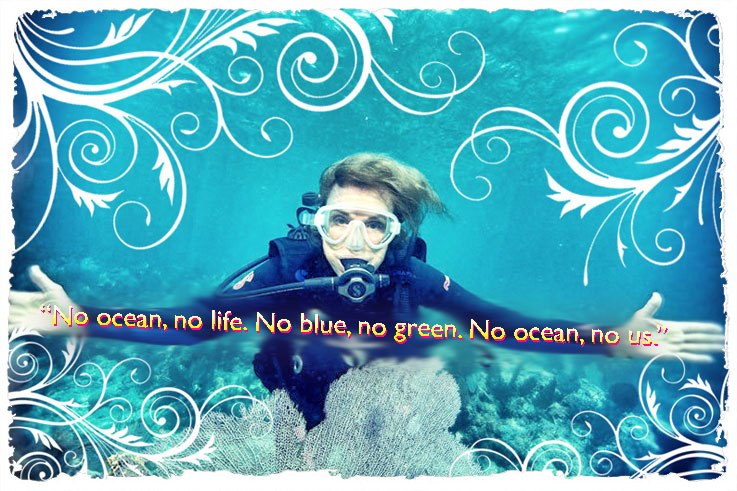 Top scientist Sylvia Earle has dedicated her life to the oceans and seen huge change in the oceans since she grew up in the US in the 1940s. She wants the world to know our oceans are dying.

Hundreds of miles of ‘dead zones’ are appearing where once their was abundant life. Eco-systems are being destroyed by over-fishing, mining, human waste (including rubbish) and pollution.

A global initiative of the Sylvia Earle Alliance, Mission Blue was formed in response to Sylvia Earle’s 2009 TED Prize wish. Dr. Earle urges people “to use all means at your disposal — films, expeditions, the web, new submarines — to create a campaign to ignite public support for a global network of marine protected areas; Hope Spots large enough to save and restore the blue heart of the planet.” 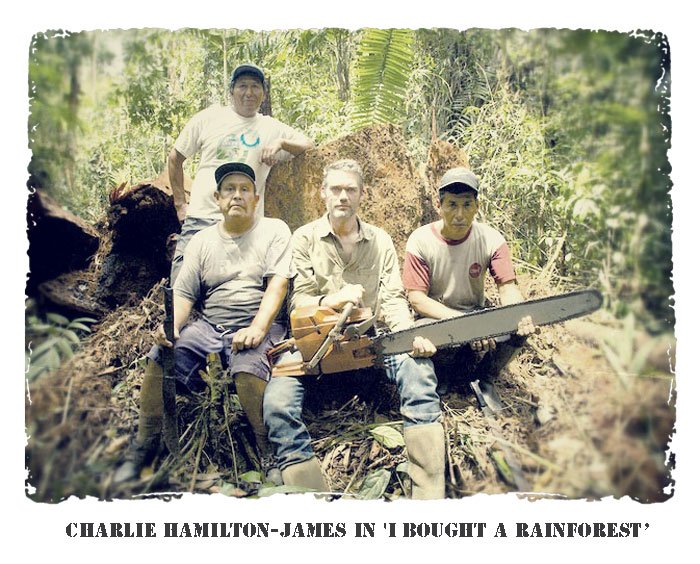 The BBC Two documentary ‘I Bought a Rainforest’ featuring wildlife photographer Charlie Hamilton-James beautifully highlighted the work of The Crees Foundation. There are over 44,000 species of plants in the Amazonian rainforest yet only 1% of those 44,000 plants have been studied by scientists for their medicinal value. (1)

Despite this, the world has lost the equivalent of 68,000 soccer fields of forest every day over the past 13 years — 50 soccer fields per minute. (2).

Crees Foundation has a mission to create a realistic long-term model for protecting the bio-diversity of the rainforest; one that fully involves the people who live there. This means encouraging and supporting sustainable ways of making a living from the rainforest, starting within the 1500 acres of rainforest the foundation owns. 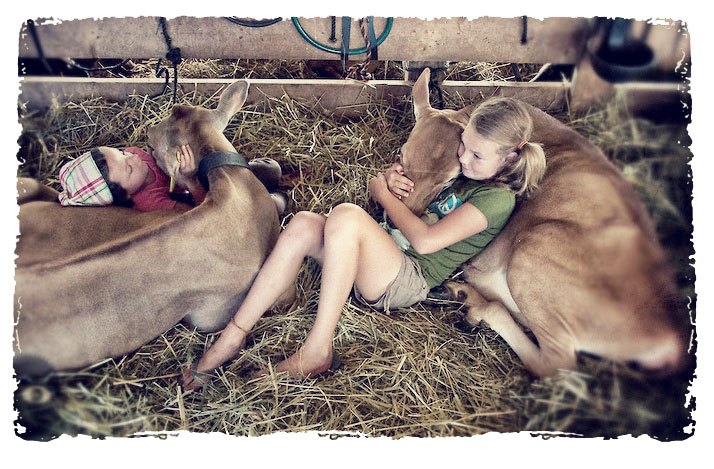 Over 160 farm animals rescued from severe abuse, neglect or abandonment live at The Gentle Barn, California, USA. They are rehabilitated with top quality nutrition, medicine and countless hours in the arms of staff and volunteers.

Slowly, as the animals realise that they are loved and their abuse is over, they regain their trust in humankind. Because of ongoing physical and psychological needs, the animals are given sanctuary for the rest of their lives.

This charity works with inner-city children from Los Angeles, group homes, mental health care facilities, foster homes and schools. The children’s interaction with the rescued animals is deeply healing for both animal and child.

Engaging with the animals teaches these often troubled children how to feel empathy, how to behave towards others – and how to respect difference.

More charities that are changing the world!

In January 2017 I added Marc Ching and Barn Sanctuary. Finally, I added the IAPF in April 2019. So much goodness out there!

Marc Ching is a holistic nutritionist for animals who started the Animal Hope and Wellness Foundation in 2011 after he realised he could rehabilitate abused and neglected dogs in Los Angeles.

In 2015, he heard about the Yulin Dog Meat Festival in China and travelled there to learn more.

He discovered abuse and inhumanity so brutal he knew his life would never be the same. His work is now focused on rescuing and campaigning for animals in Asia, as well as the US.

I urge you to listen to his compelling story in this fascinating and moving interview with Marc Ching on the Rich Roll Podcast. 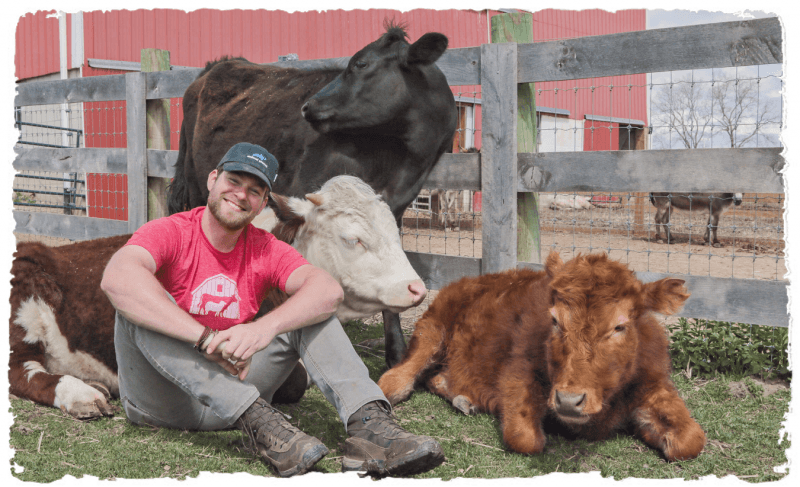 Barn Sanctuary is a hands-on animal sanctuary dedicated to rescuing, rehabilitating and caring for animal refugees in Michigan, USA.

The small charity educates the public about the horrific treatment of animals raised for food – and the positive impact a plant-based diet can have on the environment and human health.

Siblings Dan and Tom McKernan provide rescue and shelter to horses, cows, pigs, chickens, turkeys, ducks, sheep, goats, and rabbits who have been saved from abuse, abandonment, and natural disasters.

Additionally, visitors can play with goats, belly rub pigs, cuddle the chickens and get nuzzled by some very friendly sheep!

Soon to be a TV Show on Animal Planet!

The IAPF was founded in 2009 and operates in southern and East Africa. Their focus is ecosystem preservation via a community-driven conservation program. The IAPF empowers disadvantaged women to restore and manage networks of wilderness areas.

It is registered in four countries, with Dr Jane Goodall as a Patron and with vegan Damien Mander as Founder & CEO. It has supported rangers to help protect over 6 million acres of wilderness across the African continent.

See this superb interview on the Rich Roll Podcast:

Find your charities that are changing the world! 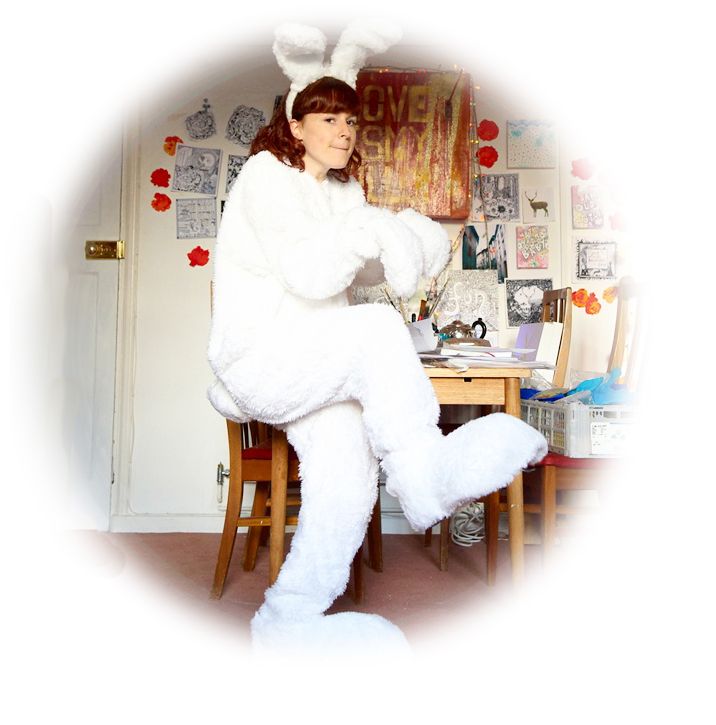 If you can’t be the change directly, invest in those people who are fighting for those changes on your behalf.

Eating a plant based diet is the easiest and profoundest way to start your personal activism on behalf of the planet. Check out my comprehensive Good Vibes Plant-Based Food Guide!

Enter your name + email to
get weekly good vibes. FREE!

Inspiration, encouragement, education for
strong sensitive superheroines everywhere!
I hate spam and promise to keep your information safe.
error: Content is protected !!
This website uses cookies to give you the best experience. By clicking "Accept", exiting this banner or continuing to use our site you accept our use of cookies. Find out more.